Neetu Kapoor took to her Instagram stories to share some precious stills from the film, ‘Khel Khel Mein’ with her late husband Rishi Kapoor as the film completes 47 glorious years.

Check out the posts here: 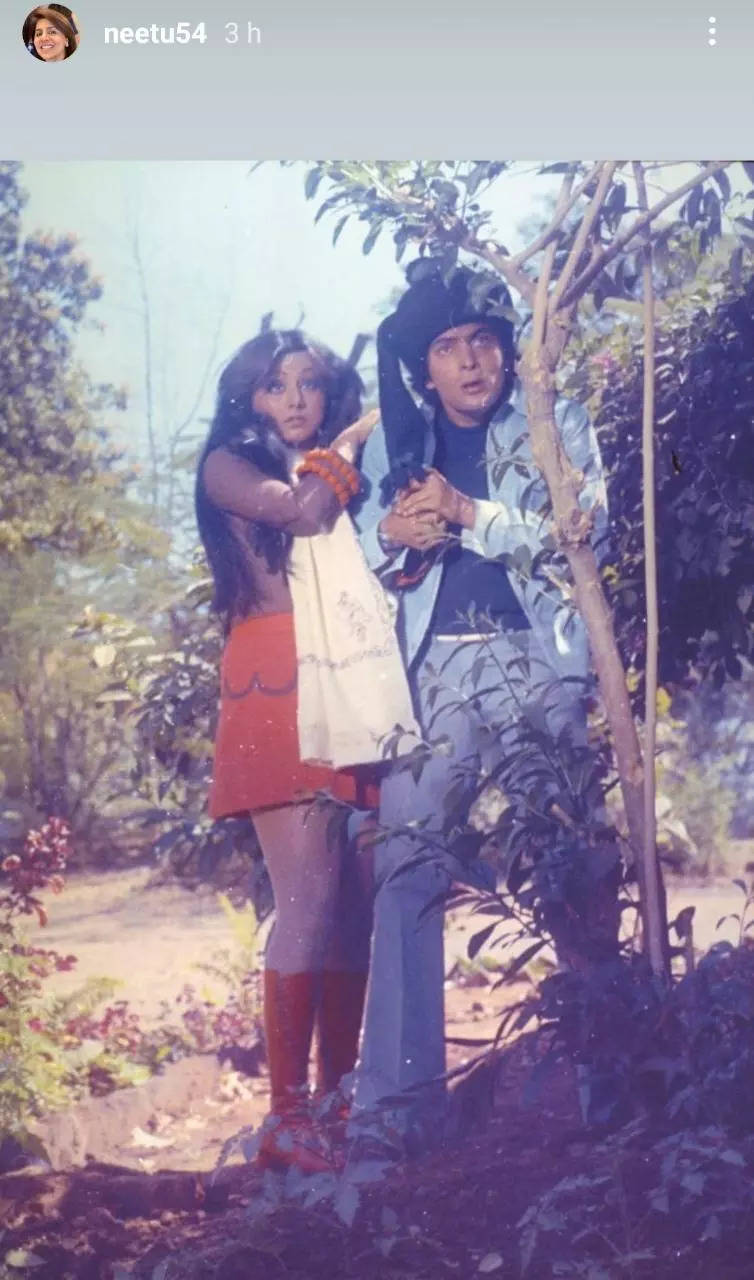 In the first picture, Rishi is seen holding Neetu and the actors can be seen standing in a forest. Dressed in a blue and black polka-dotted top and blue skirt, Neetu looked stylish as ever. Rishi, on the other hand, looked dapper in a burgundy outfit. Neetu captioned it, ‘47 years of #khelkhelmein’, followed by a heart emoticon. In the second picture, Neetu looks stunning in red boots and red skirt while Rishi sports a blue suit.

Rishi, who was diagnosed with cancer, passed away in April 2020. He was admitted to a hospital in New York for his treatment. His last film, ‘Sharmaji Namkeen’ was released earlier this year in March. The makers retained the parts the late veteran actor shot for and the remaining portions were completed by Paresh Rawal.

On the work front, Neetu will next be seen in Raj Mehta’s ‘Jug Jugg Jeeyo’. The movie will also star Varun Dhawan, Kiara Advani and Anil Kapoor in lead roles. It is slated to hit the theatres on June 24, 2022.