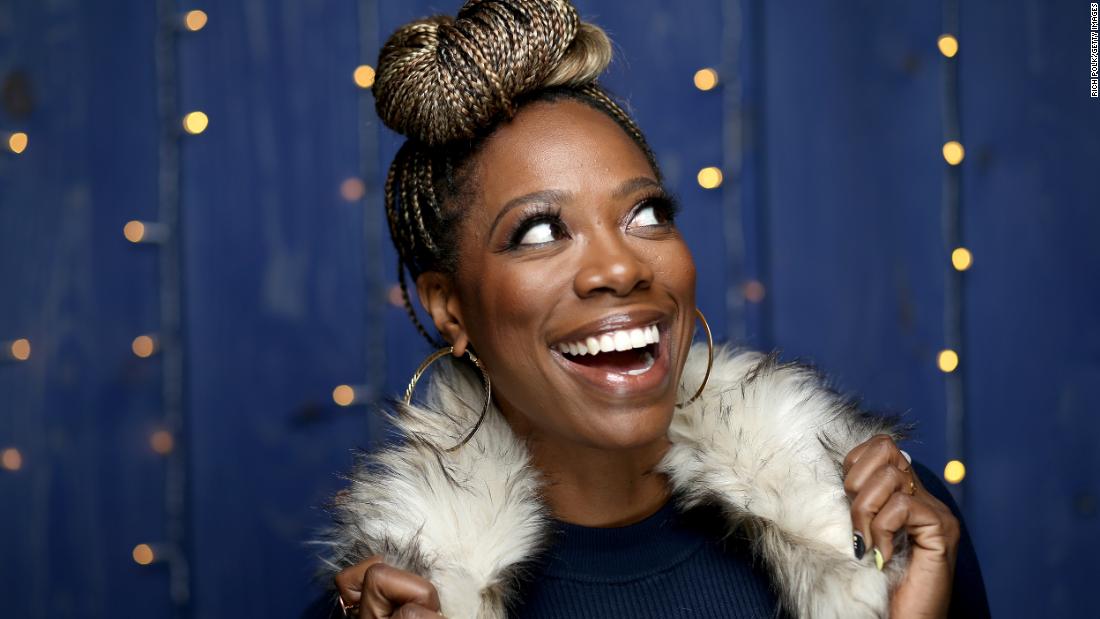 Those are the questions actor and comedian Yvonne Orji asked herself when she decided to stay in Lagos, Nigeria, on her own for two months at the age of 27. As a young child, she had moved with her family from Port Harcourt, Nigeria, to the United States; after that, the only Nigeria she knew came from summer visits to her hometown, during which she hardly ever left her parents’ side.

“My oldest brother spent more time in Nigeria than we did,” Orji tells CNN, and she wanted to experience it more for herself. “It was just like, if this is going to be home, I have to make it mine. I have to make my own friends that don’t have anything to do with my parents.”

She went to her father, she says, and told him, “‘Hey dad, I’m just going to stay in Lagos for two months.’ He was like ‘And do what?’ I was like, I’ll figure it out.”

Now, nine years later, it seems Orji has it more than figured out. The 36-year-old is best known for her role as Molly in the HBO series “Insecure.“

Orji credits the time she took to explore Lagos on her own as big for her, in becoming what she calls “fully Nigerian and also equal parts American.”

That duality is a major theme in Orji’s new standup comedy special on HBO, “Momma, I made it!” (HBO and CNN are both owned by WarnerMedia). She makes jokes about her real-life struggles trying to appease her Nigerian parents, while also pursuing her dreams in American entertainment.

“My mom, she uses every opportunity to remind me I wasn’t a doctor,” Orji jokes in the special. “I said, ‘Mom, I want to do comedy.’ She heard, ‘So, you want to prostitute yourself all over the world?'”

By age 25, Orji had a Master’s degree in public health. Her parents thought medical school would be next, but Orji was bit by the comedy bug after getting a good response during a beauty pageant standup routine.

Orji, a devout born-again Christian who doesn’t curse in her routines and promotes abstinence, said she was inspired by a message from the Holy Spirit. She decided to move to New York to pursue comedy, or as her mother disapprovingly put it, become a jester.

“You know, when there’s a question mark or there’s an asterisk on your career, they’re not able to see beyond that,” Orji tells CNN. “[For them] it was like, I wasn’t where I needed to be career-wise, financially, and I wasn’t married, so it was like ‘you are giving us very little to work with.’ And I think when you’re older, you’re just like, is that the only thing you guys could see?”

It took about seven years of living as a struggling comedian and actor between New York and Los Angeles, and a couple chance meetings with “Insecure” creator Issa Rae, before Orji landed the career-making role of Molly.
Read: Bollywood and Nollywood collide in a tale of a big fat Indian-Nigerian wedding

After four seasons of playing a high-powered attorney who is often unsuccessful at relationships, Orji can claim her own success in the entertainment world.

She says her parents have also come around.

In “Momma, I made it!” Orji says that if you ask her mom about her daughter today, she is quick to braggingly ask, “Do you have HBO?” Orji says she has grown to better understand her mother and father’s perspective.

“My parents grew up during the Biafra War,” Orji explains to CNN. “And my dad tells me all the time, he was supposed to go to London and go to school and then the war hit. And so you have us kids and we’re all like ‘I want to pursue my passions,’ ‘I want to purse my dreams,’ and they are like “passion and what?”

“You learn to forgive,” she says, “because you learn that our parents’ tactics, though difficult at times and different … it’s from the space of love.”