Ananya Panday, Siddhant Chaturvedi and Adarsh Gourav are all set to hit the shooting floors for their upcoming ‘Kho Gaye Hum Kahan’ after the festive season.

In the recent, the actors took fans inside their vanity van while getting ready for their scenes. Ananya dropped a few photos captured by Adarsh and Siddhant where she is seen posing for mirror selfies and making faces. It read, “HMU ft.grumps @ananyapanday.” “That’s my happy face!! #KhoGayeHumKahan,” added Ananya.

In another picture, Siddhant is seen clicking Ananya and Siddhant’s Behind-The-Scene pictures. Their camaraderie is winning the internet, have a look: 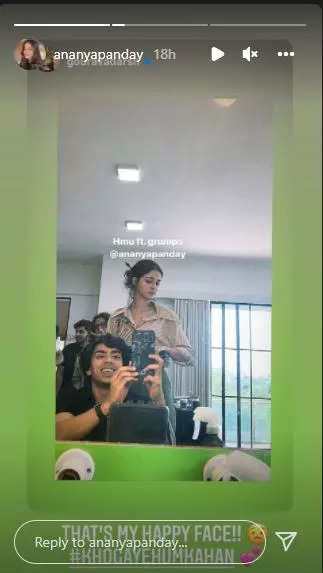 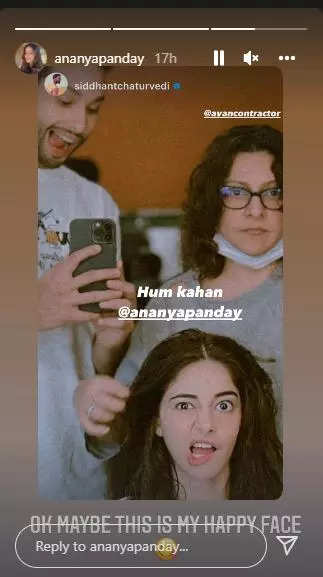 Talking about the film, Ananya had previously shared with ETimes, “My character in ‘Kho Gaye Hum Kaha’ is Ahana. It is a very different film in itself. It is about three best friends who are coming of age in a digital world and how they react to their normal relationships along with social media at the same time.”

The film marks the directorial debut of Arjun Varain Singh. Announcing the film last year, he had introduced the lead roles with a film poster and said, “Find your friends and you won’t need followers. #KhoGayeHumKahan. Feels incredibly surreal to announce my first film as a director! I cannot be more excited to take on the roller coaster that lies ahead. Blessed to have producers that care and support me like only they can! Cannot wait to get the party started with @siddhantchaturvedi @ananyapanday @gouravadarsh. Filming starts Feb 2022!”

On the work front, Ananya was last seen in ‘Gehraiyan’ with Deepika Padukone, Siddhant Chaturvedi and Dhariya Karwa.