Arjun Kapoor shared a viral video about siblings on Wednesday and tagged all his sisters. The clip features a little boy bending down on his knees so that his sister can step down from a trampoline. This adorable gesture is winning the internet and Arjun decided that he will do the same for his sisters. 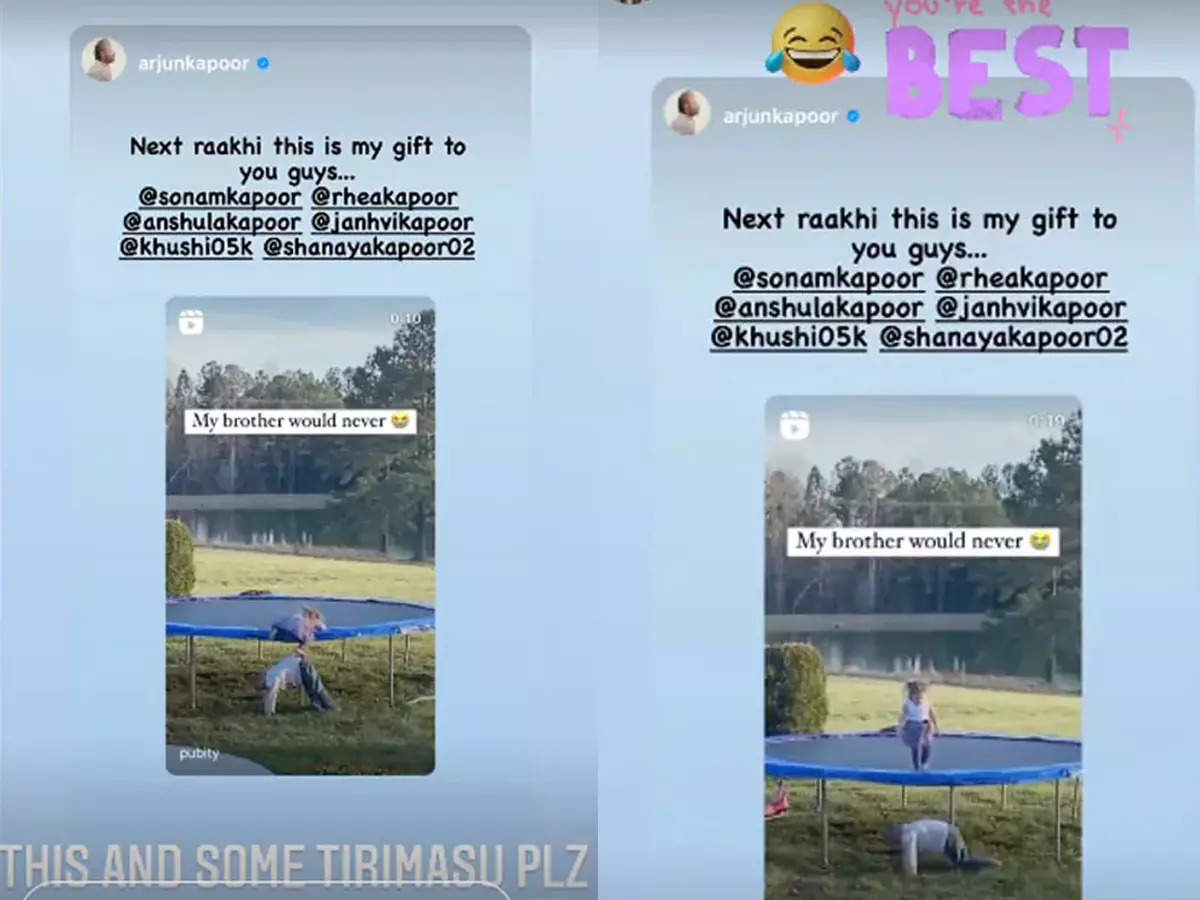 Tagging his sisters Anshula Kapoor, Janhvi Kapoor, Khushi Kapoor and cousins Sonam Kapoor, Rhea Kapoor and Shanaya Kapoor, Arjun wrote, “Next Raakhi this is my gift to you guys”. Reacting to the same, Janhvi wrote, “This and Tiramisu please” while Anshula shared Arjun’s post and added, “You’re the best”.

Last year Arjun completed a decade in Bollywood. Speaking about his journey, the actor had told BT, “I never wanted to be an actor, I just stumbled into it and found myself and my groove and kept working. Hits and flops aside, I have had some great experiences working with some talented people — creators, actors, technicians — travelling the world and have fascinating stories to tell. Most people would give their right arm to be in my position, so I think I am privileged.” On the work front, Arjun Kapoor will be seen in thriller drama ‘Ek Villain 2’ with John Abraham, Disha Patani and Tara Sutaria. He also has ‘Kuttey’, co-starring Tabu, Radhika Madan, Konkona Sen Sharma, Naseeruddin Shah, Kumud Mishra and Shardul Bhardwaj. And from next month, Arjun will begin the shoot of his next entertainer, Ajay Bahl’s ‘The Ladykiller’.