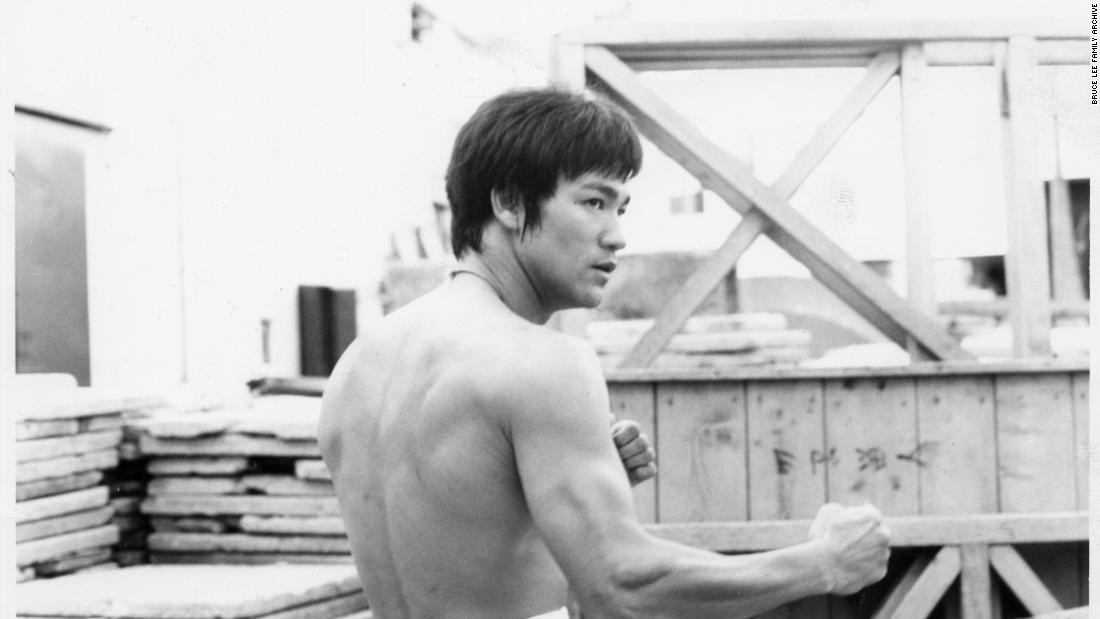 Like a handful of actors and musicians who died young — from James Dean to Marilyn Monroe — Lee’s myth has been fueled by his untimely death at 32, on the cusp of “Enter the Dragon” becoming a huge hit. The movie offered the tantalizing prospect of turning Lee into a star in the United States after the frustration he endured knocking around Hollywood, co-starring in “The Green Hornet” before becoming a martial-arts instructor to the stars.

“Crushed,” as his wife Linda puts it, when he lost out on the lead role in the TV series “Kung Fu,” Lee returned in 1971 to Hong Kong, where he was raised before moving at 18.

Lee had actually been a child actor, and he found an avid audience in a quartet of action movies — including “The Big Boss” and “Fists of Fury” — that paved the way for the elusive victory that came with conquering America.

The fact that he didn’t live to relish that moment is itself a tragedy, with the actor suffering a brain hemorrhage after taking medication for migraine headaches.

The thrust of Lee’s story, however, assumes a timelier aspect at the present moment, highlighting his quest to break through a Hollywood system with an ignominious “yellowface” history — casting white actors as Asian characters — prompting him to fret that he “cannot possibly become an idol for Caucasians.”

Those barriers are underscored by recollections from contemporaries such as actress Nancy Kwan, and clips from movies like “Breakfast at Tiffany’s,” with Mickey Rooney as the stereotyped neighbor.

Lee was “discovered” in true Hollywood fashion, when he caught someone’s eye at a martial-arts exhibition. Yet even his role in “Green Hornet” proved emblematic of underlying issues, prompting him to write to the producer gently complaining about his near non-verbal part, despite the electricity his action moves brought to the screen.

The documentary expands on Lee’s guru-like status teaching actors like Steve McQueen and James Coburn (who are shown looking shaken at his funeral) and basketball legend Kareem Abdul-Jabbar. Even that, however, proved a recent source of controversy, given the way director Quentin Tarantino depicted him in his fact-and-fantasy mashup “Once Upon a Time … in Hollywood.”

Directed by Bao Nguyen, “Be Water” (a maxim Lee used to describe his martial-arts philosophy) employs an interesting tactic, interviewing subjects in voiceover, then showing them at the end. It brings a personal touch to the story — with Lee’s wife, daughter and brother among those featured — while keeping the man himself front and center.

There are also interviews with members of the “Enter the Dragon” team, accompanied by footage of the lines circling the block when the movie opened in Los Angeles.

“Be Water” is, in its own way, as precisely choreographed as Lee’s fight sequences, shining a well-deserved light on his brief life but long shadow, as the statues of him around the world attest.

Coming after “The Last Dance” and Lance Armstrong, and before a dissection of baseball’s steroids scandal, it’s a somewhat unlikely addition to ESPN’s run of Sunday-night documentaries; still, amid these difficult times, the network deserves some latitude to go with the flow.