Before her big Bollywood debut ‘Bedhadak‘, Sanjay Kapoor and Maheep Kapoor’s daughter Shanaya Kapoor made her debut on the runway as she turned showstopper for Manish Malhotra’s show. She wore a fitted gown with cut-out detailing and sequin-work, sparkling in shades of blue, black and purple. Her debut ramp walk has attracted mixed reactions on social media. 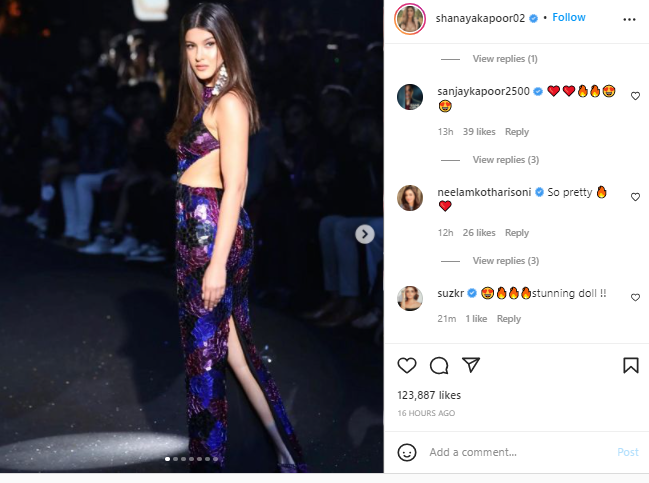 On the other hand, Shanaya’s ramp walk left netizens unimpressed. Some called it ‘duck walking’, others suggested she take lessons from professionals. 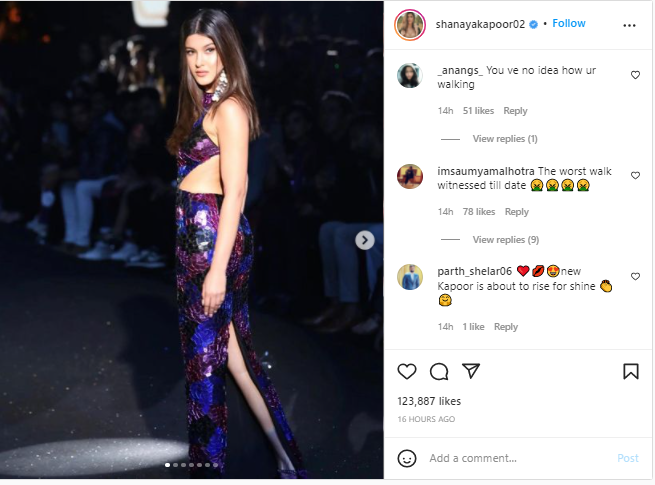 Shanaya’s debut film ‘Bedhadak’ will be presented by Karan Johar and helmed by Shashank Khaitan. The film also marks the debut of Lakshya and Gurfateh Pirzada, and is touted to be a love triangle in the rom-com space.

Earlier this month, Shanaya shared the first posters of the film and wrote, “A new era of love is filled with passion, intensity & boundaries that will be crossed! Presenting #Bedhadak where I get to share the screen with my suave co-actors, Lakshya & Gurfateh – directed by the one and only Shashank Khaitan!”