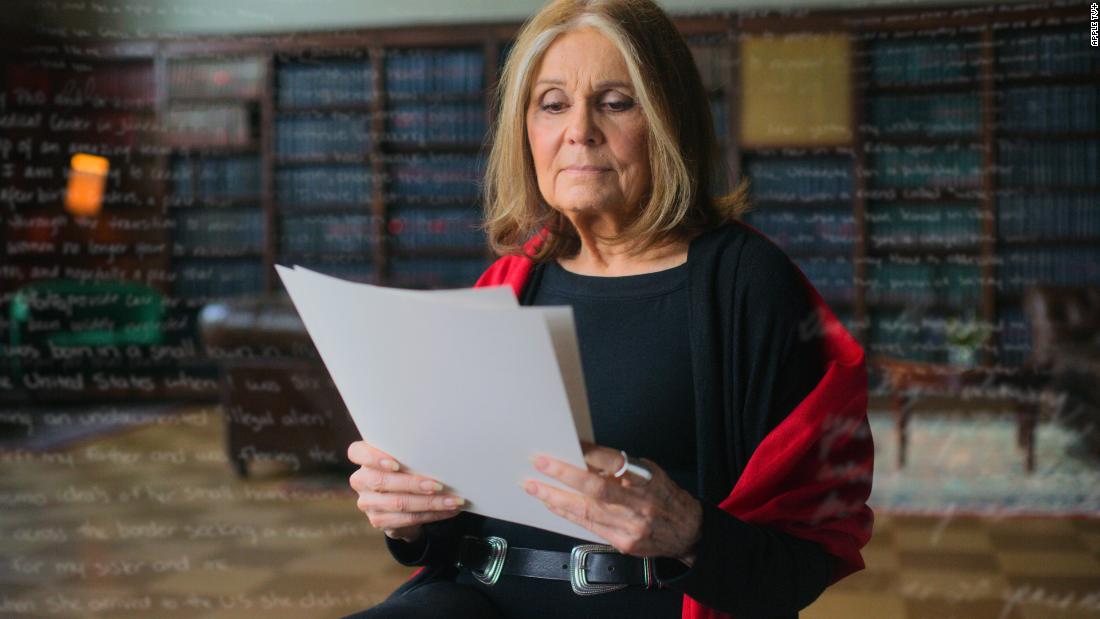 Seen together, the two serve as heartwarming bookends. And each preaches (and yes, “preach” is the operative word) a similar message — namely, that one person can make a difference, however daunting the challenge might appear.

Inspired by the company’s “Dear Apple” spots, “Dear…” is perhaps most impressive in terms of its economy. The half-hour-ish episodes not only provide a quick biography of the subject, but a handful of personal stories from those inspired by them, reading their own letters to the stars.

It’s an eclectic bunch, including Oprah Winfrey, who discusses the pivotal turn in her show — when she stopped doing cheap exploitation and began channeling her energy into a “Live your best life” mantra — and tears up when a fan says, “You helped me become the best version of myself.”

In another chapter, primatologist Jane Goodall discusses the feeling that there’s “not much you can do alone,” noting that once the impulse to act is adopted by “billions of people living in harmony with nature, that’s what’s going to lead us to a world that we want to leave to our children.”

“Only movements change the world,” adds feminist icon Gloria Steinem during her episode. “One person does not do that.”

And so it goes. Apple has allied itself with Winfrey, who quotes Maya Angelou in saying, “Your legacy is every life you’ve touched.” Produced by R.J. Cutler, “Dear…” represents what essentially feels like an extension of that brand, with other installments featuring Spike Lee, Lin-Manuel Miranda, Yara Shahidi, Stevie Wonder, Aly Raisman, Misty Copeland, and Big Bird because, well, why not?

The eclectic lineup means your mileage may vary from episode to episode, but the underlying point — celebrating the influence that such figures can have — endorses the ability of celebrities to influence society in positive ways, or as Winfrey puts it, “drop pieces of light into people’s lives.”

There’s not much subtlety in the execution, but that clearly wasn’t the intent. And if “Dear…” can be written off as what Oprah’s critics once labeled “broccoli TV,” given the state of media, it’s hard to question working something healthier into our diets.

The blueprint for “2040” comes squarely from the same playbook. Already a hit in Australia, the documentary (which played film festivals last year) is undeniably manipulative, featuring not only director Damon Gameau’s adorable tyke Zoe but interviews with dozens of children talking about their hopes for the future. In the cheekiest flourish, the actor-turned-filmmaker is made up to illustrate what he’ll look like when the title date rolls around.

Still, the central theme — that the technology to pull back from the abyss on climate already exists — has a powerful pull, and the film does an admirable job explaining how some of those innovations can be applied in layman’s terms. They include solar power grids, methods of farming both the land and the ocean (yes, the ocean) and a “massive fleet” of driverless cars that would transform transportation into a more readily accessible service.

Spanning the globe to demonstrate where different systems are being employed, Gameau describes the movie as “an exercise in fact-based dreaming,” noting that despite how remote some prospects might seem, “We have everything we need right now to make it happen.”

Although “2040” can come across like a heavy-handed way of making its point, the film’s heart and head are in the right place. If it dares to imagine a world that has achieved genuine progress in addressing a major threat — as opposed to more doom and gloom — within two decades, that’s a call to action and a kind of science fiction that feels especially welcome right now.