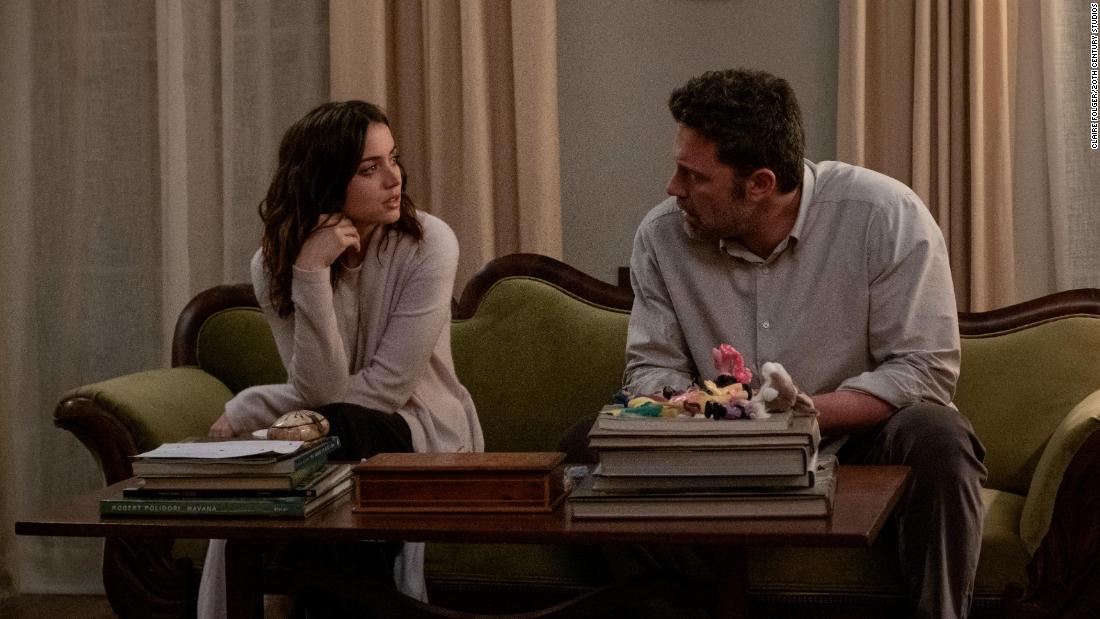 Adapted from the novel by Patricia Highsmith (“The Talented Mr. Ripley”) and relegated to a low-key premiere on Hulu, the story hinges on the strange marriage between Vic (Affleck) and Melinda (“Knives Out’s” de Armas), a picture-perfect couple that outwardly have everything, including his invention-earned wealth and their adorable young daughter.

The two have reached an apparent understanding, however, that allows her to compensate for his indifference and emotional distance by taking lovers, an unhappily-ever-after dynamic that causes discomfort among their friends, with whom they regularly throw neighborhood parties, mostly due to her brazenness.

As for Vic, he acts unperturbed by his wife’s infidelity, but there’s the little matter of Melinda’s one-time “friend” who has gone missing, and lingering suspicions as to whether he had anything to do with that.

Vic doesn’t seek to quell those rumblings, underscoring the mind games that the couple plays not only with each other, but those around them. When a pulp writer (Tracy Letts) who is new to the community observes that Vic’s “a weird guy,” Vic merely smiles at his wife having said much the same to him and responds, “So I’ve been told.”

Known for his glossy excess, Lyne practically invented this modern variant of the erotic thriller with “Fatal Attraction,” “Indecent Proposal” and later “Unfaithful,” the film that this movie most closely resembles in tone and topic. The irony, of course, is that while some will watch out of curiosity about the leads due to their off-screen relationship, most of de Armas’ steamiest scenes happen with others.
Lyne and screenwriters Zach Helm and “Euphoria’s” Sam Levinson have taken liberties with the novel, but the broad outlines make for a tense, twisty atmosphere — at least, until they pull back the curtain, sacrificing the psychological uncertainty and squandering that momentum down the stretch.
It’s nevertheless a strong showcase for Affleck — whose history with the genre includes “Gone Girl” — and de Armas, playing a character seemingly determined to test how far she can push her aloof husband, desperate to elicit some sort of emotional reaction.

Despite the tabloid-tinted side of the star pairing, this once-thriving formula is no longer enough to lift the film’s must-see factor out of the shallow end commercially speaking, which likely explains its debut via streaming, not theaters.

Still, Affleck and de Armas’ generate enough heat to make “Deep Water” worth watching, even if the movie seems destined to generate its biggest splash over what transpired off screen instead of what’s on it.