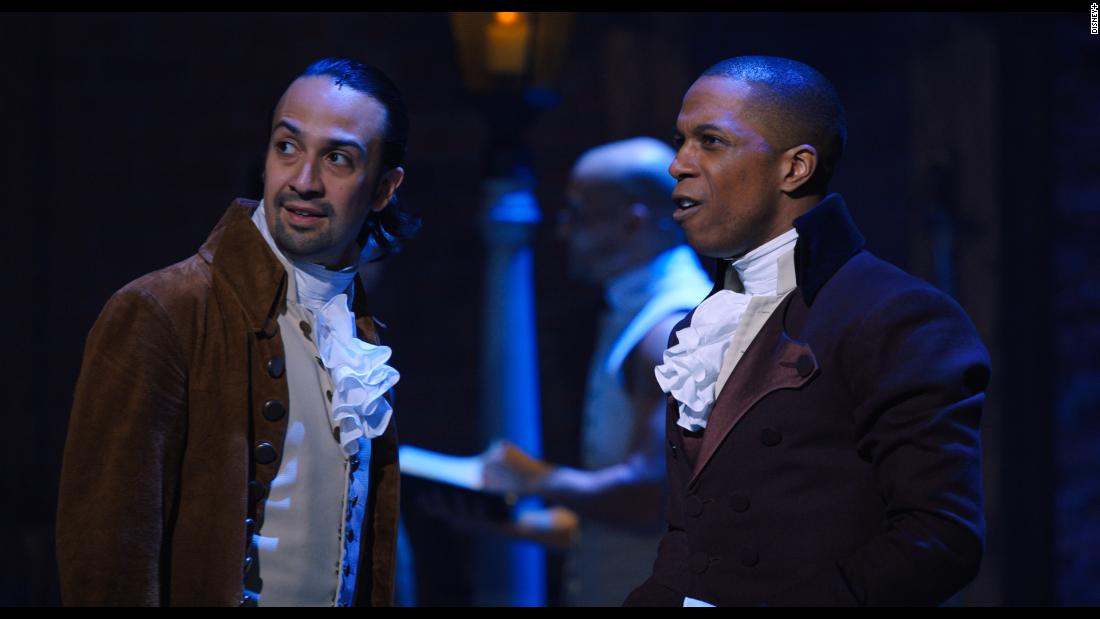 Basically, the equation on “Hamilton” boils down to this: If you’ve never seen the musical, this filmed production — shot over three days in 2016, then edited together — offers the chance to enjoy it with the original cast. If you have seen it, it’s a welcome opportunity to bask in all that talent and brilliance again.

As a bonus, the production technique — which combines a performance taped in front of an audience with separately shot close-ups and camera angles that put the viewer on the stage — goes beyond the “best seat in the house” to a more cinematic experience.

So where are the drawbacks? Chalk them up as quibbles: Watching at home, the audience response can at times be a trifle distracting. Ditto for some of the lighting, which, as captured, occasionally casts an eerie blue glow onto the performers.

Beyond that, sit back, relax, mute your phone and enjoy the show, which runs two hours and 42 minutes (including a one-minute “intermission”). Bringing history spectacularly to life, Miranda’s dazzling mix of musical genres presents the triumphant and tumultuous life of Alexander Hamilton, the founding father whom he portrays.

Seeing them reunited now, the cast that the producers originally assembled is even more remarkable: Leslie Odom Jr. as the “damn fool who shot him,” Aaron Burr; Daveed Diggs (Lafayette/Thomas Jefferson); Christopher Jackson (George Washington); Phillipa Soo as Hamilton’s wife, Eliza, and Renée Elise Goldsberry as her sister Angelica; and Jonathan Groff as mad King George, only here with the camera zooming in so you can see spittle spray during his exasperated moments in the comedic masterpiece “You’ll Be Back.”

Lest anyone has forgotten, Miranda’s Tony-winning book and score contain one gem after another, yielding no shortage of spine-tingling moments. Pick a favorite, although Soo and Goldsberry’s back-to-back renditions of “Helpless” and “Satisfied” and Odom’s “The Room Where It Happens” are hard to top.

If anything, at-home consumption offers a few conspicuous advantages, including the ability to consume the lengthy show at one’s leisure. Miranda and director Thomas Kail taped an introduction to the film acknowledging its shift to Disney+, which required sacrificing a couple of swear words to satisfy Disney’s standards, but otherwise, this is “Hamilton,” full strength.

Sorting out how well that translates to the studio’s bottom line remains a pricklier proposition, but the publicity for Disney+ alone has considerable benefits. Moreover, the movie caters to a theater-hungry audience with Broadway shuttered and might appeal to a contingent of fans who are indifferent to the service’s principal brands — specifically, “Star Wars,” Marvel and kids fare.

Granted, nothing can fully replicate the unique qualities of a live theatrical experience. But if anyone doubts that “Hamilton” can still deliver a Broadway wallop to the comfort of one’s couch, well, just you wait.