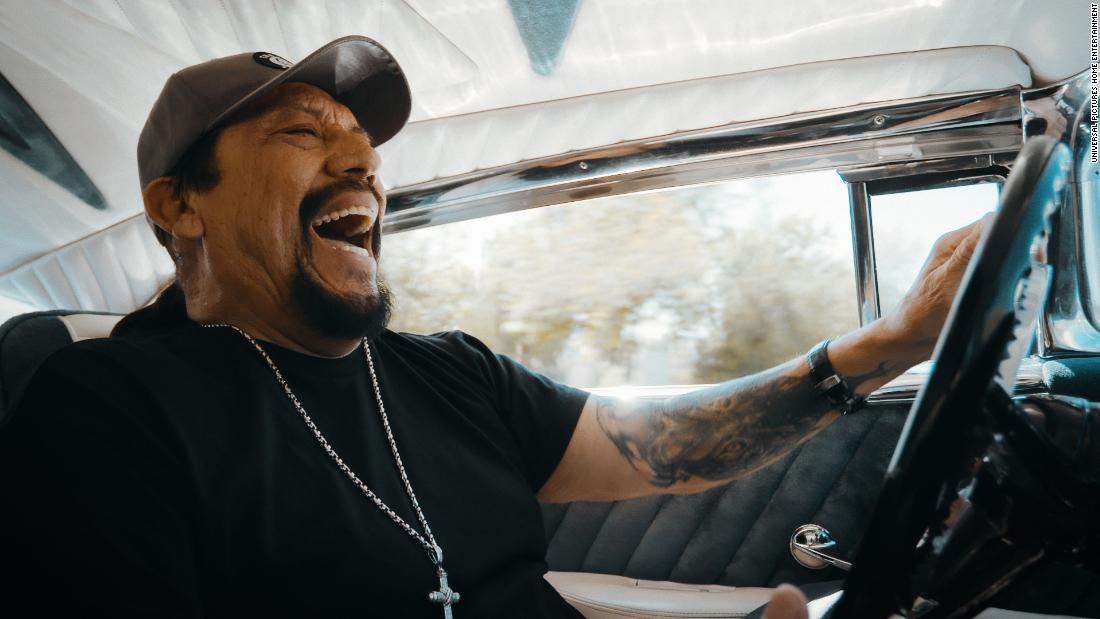 Now in his mid-70s, Trejo turned to a life of crime early, wound up going to prison and emerged in 1969 in his mid-20s. With a history of drug abuse, he turned that into becoming a sought-after speaker and counselor before being “discovered” by Hollywood, starting out by playing an inmate — not much of a stretch, he says with a laugh — in the movie “Runaway Train.” The opportunity came after Trejo was asked to coach star Eric Roberts through a boxing scene.

A host of nameless, generic bad-guy roles followed, with designations like “Inmate #1” in the credits. Trejo didn’t play his first character with a name, he recalls, until “Death Wish 4,” in which he’s dispatched when star Charles Bronson sets him on fire.

Many a screen death would follow. That aspect of his career is playfully explored in the way Trejo discusses appearing opposite stars like Robert De Niro in “Heat,” or happily accepting a role in “Breaking Bad” — after being told about the character’s gruesome end — as long as the check is generous enough.

Director Robert Rodriguez helped make Trejo a cult figure with the “Machete” movies, which transformed him from the henchman who gets killed into a leading man, tossing off meme-worthy one-liners like, “Machete don’t text.” Friends Cheech Marin and Michelle Rodriguez joke about his ubiquity on screen, taking roles in so many movies even he can’t keep an accurate count.

Produced by, among others, Trejo and his son Gilbert, “Inmate #1” devotes considerable time to Trejo discussing his early history of violence and crime, as well as his joy and gratitude in escaping that, while still living in the neighborhood in which he grew up.

Much of the documentary is fun and uplifting, but there are two disparate messages here: First, the tale of a guy who pulled his life together, and found redemption in ways that provide cause for hope; and second, the blithe stereotyping in popular entertainment that provided Trejo steady work initially because he looked menacing and convincing in a prison jumpsuit.

Notably, this Trejo tribute arrives a few days before another documentary celebrating a show-business veteran, “Olympia,” chronicling the life and career of 89-year-old Olympia Dukakis. For an industry that exalts youth but often neglects its elders, it’s a welcome if somewhat surprising one-two punch.

Directed by Brett Harvey, “Inmate #1” has a few minor flaws, including an overly sappy musical score. Still, its subject is so inherently likable that a feature-length dose of Trejo’s boundless energy feels like the kind of adrenaline shot we can use right about now.

“Inmate #1: The Rise of Danny Trejo” is available on demand beginning July 7.