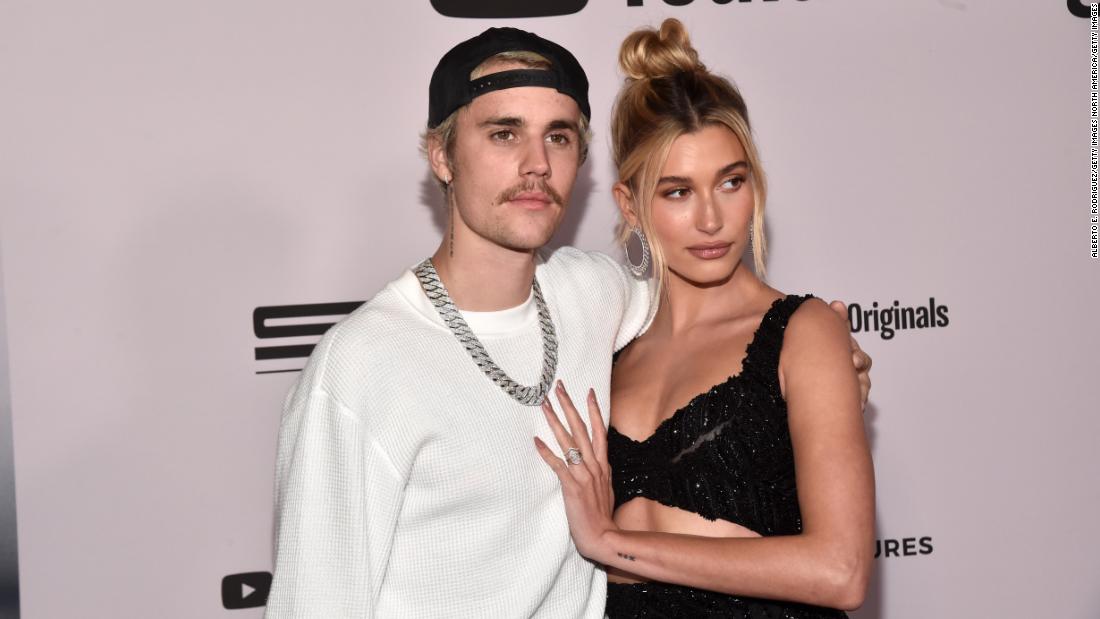 In a video shared on social media from his recent concert in Denver, the singer is seen on stage after the lights went out at the show.

He talked to the audience about how “life randomly throws you curve balls,” adding “we can’t really control much.”

Bieber then mentioned that many may have heard about his wife suffering a small blood clot last weekend.

“But she’s OK, she’s good, she’s strong. But it’s been scary, you know?,” he said. “Like, it’s been really scary. But I know for a fact that God has her in the palm of his hands and that’s a good thing.”

Hailey Bieber had posted on social media about the incident.

“On Thursday morning, I was sitting at breakfast with my husband when I started having stroke like symptoms and was taken to the hospital,” she wrote. “They found I had suffered a very small blood clot to my brain, which caused a small lack of oxygen, but my body had passed it on its own and I recovered completely within a few hours.”

The couple got engaged in summer 2018 and privately married at a New York City courthouse months later.
In September 2019, they married in a ceremony attended by friends and family at luxury resort Montage Palmetto Bluff in Bluffton, South Carolina.