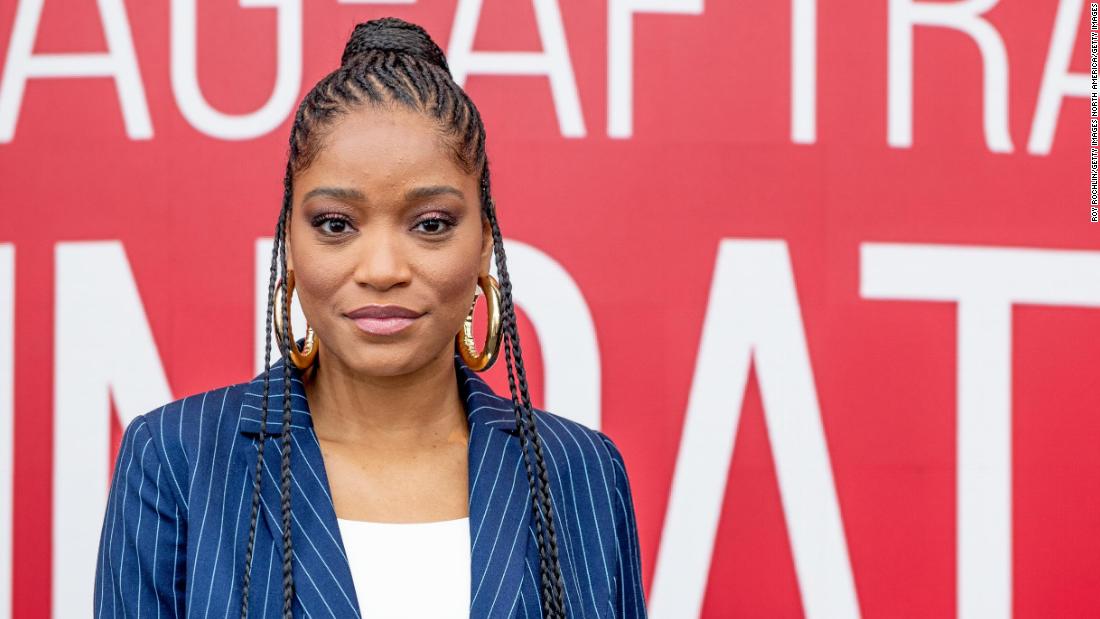 The actress spoke passionately to several members of the National Guard who were at the scene, asking them to march alongside protesters and telling them to “be the change” in the fight against racial injustice following the killing of George Floyd.
“We have people here that need your help,” Palmer said in a video Tweeted by NBC News correspondent Gadi Schwartz. “This is when y’all stand together with the community, with society, to stop the governmental oppression. Period. We need you, so march with us.”

A guard member offered to walk with the group across an intersection, but said they needed to remain at their post.

“March with us, it will send a huge message,” Palmer said, “You’re the protector. If you’re supposed to be patrolling us, then walk with us.”

Another protester is heard asking the guardsmen to take a knee, and they do.

Palmer also shared her thoughts about systematic racism in a video posted to Instagram.

“At 26, I’m looking out and witnessing a physical revolt, and it’s a revolt on a scale that I wasn’t sure I’d ever see. To those that may not be looking close enough, all they will see is looting, or people who don’t really care about the movement, or anarchy without a movement. But what I see is a society responding to the oppressor about how the oppressor has responded to us,” Palmer said.

“Racism is what the country was built on: Slavery, systematic oppression, then voter oppression, female oppression, poor education system so you’re intentionally uninformed, financial oppression,” she continued. “Human beings can only take so much. American needs government reform that demand legislations and new laws that birth the future for our kids. We deserve a new system because the old one was created to oppress us.”