Shraddha Kapoor and Rohan Shrestha never confessed their relationship, but rumours about their romance and wedding continued to go strong. However, on Thursday, reports suggested that the couple has parted ways. Amid heartbreak rumours, Shraddha dropped an adorable picture on Instagram asking her followers, “Aur sunao???”. Shraddha’s brother was quick to comment on her post and wrote, “Miss you my leedal Rani”. 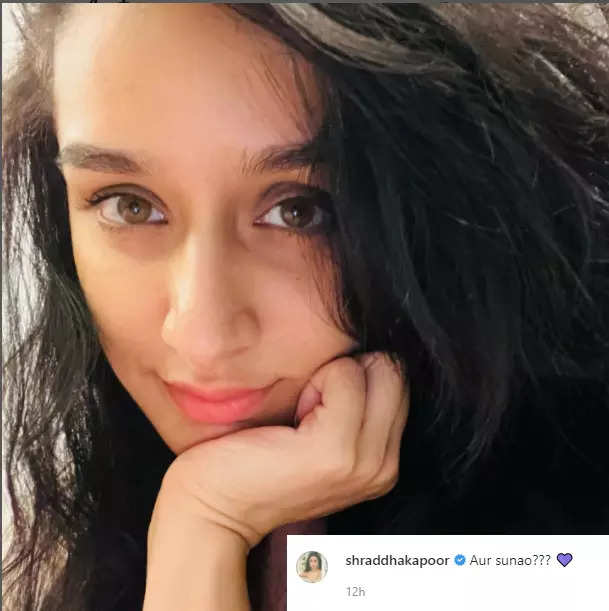 Since the past four years, Shraddha Kapoor and Rohan Shrestha were in a strong relationship. Reason for their separation is not known but a news portal stated that Rohan was missing from Shraddha’s birthday celebration in Goa this year because the couple had called it quits in February.

Last year there were strong rumours about Shraddha and Rohan’s wedding. Reacting to the same, Shakti Kapoor had told BT, “Rohan is a family friend, I have known his father for many, many years. Rohan visits us often, but he has not asked for Shraddha’s hand in marriage. And besides, today children decide these things on their own. If Shraddha tells me that she has chosen a life partner for herself or even if Siddhant does, I will readily agree. Why will I refuse? But at this point, they are focused on their careers. Marriage is an important decision and the way people are breaking up, it bothers me sometimes. One has to be sure before making a decision like that.”