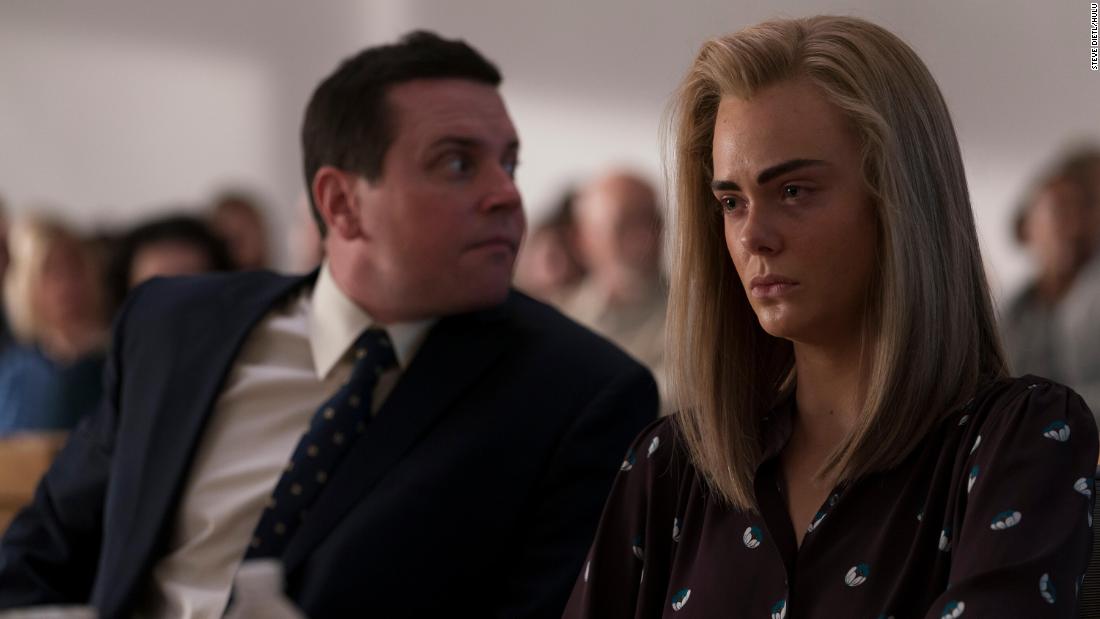 What New York magazine reporter Marin Cogan described as a “thoroughly modern romance … conducted almost entirely online” represents the major hurdle for the producers from a dramatic standpoint, since the two only met a few times. They grapple with that digital divide by depicting many of their text exchanges as what amount to in-person conversations, an understandable dramatic device that nevertheless feels as if it blurs the contours of the relationship.

The story hinges on the death of Conrad “Coco” Roy III (Colton Ryan), who took his own life after Carter (Fanning) prodded him to do so. Later, she offered inconsistent stories about what happened, which eventually resulted in her trial and conviction on involuntary manslaughter charges.

The star-crossed romance thus reflects the struggles of these troubled teens, but in a way that blunts the impact of the drama. More sober than made-for-Lifetime underpinnings, the fights of fancy and what-ifs in the presentation don’t entirely work, however well intended.

Indeed, both Carter and Roy (or Coco, as his family called him) come across as enigmatic figures, failing to provide much insight into what made either of them tick. That’s through no fault of the stars. Fanning aptly captured Carter’s distant, haunted quality, including her preoccupation with the show “Glee” and identification with Lea Michele’s character and the tragic death of co-star Cory Monteith.

Perhaps in part because of the nature of the kids, the focus pivots toward the families. Carter’s father marvels as he listens to her discuss Roy (“You never talked about him. We never even heard his name,” he says at one point), while Roy’s distraught mother (Chloe Sevigny) is understandably confused by what Michelle characterizes as a grand romance. She is also wary of how Carter seems to be feeding off the attention and sympathy associated with being known as her son’s grief-stricken girlfriend.

Hulu has enjoyed a solid run of late with fact-based limited series (see “The Dropout” and “Pam & Tommy”) featuring young blonde women in very different predicaments, and the appetite for true crime — particularly with this sort of modern, youthful twist — appears pretty near unquenchable.
Still, viewers frankly came away with a much better sense of Carter’s story from the HBO documentary “I Love You, Now Die” than they will from watching this. Truth can be stranger than fiction, but in this case, nonfiction is considerably more illuminating than drama.

“The Girl From Plainville” premieres March 29 on Hulu.