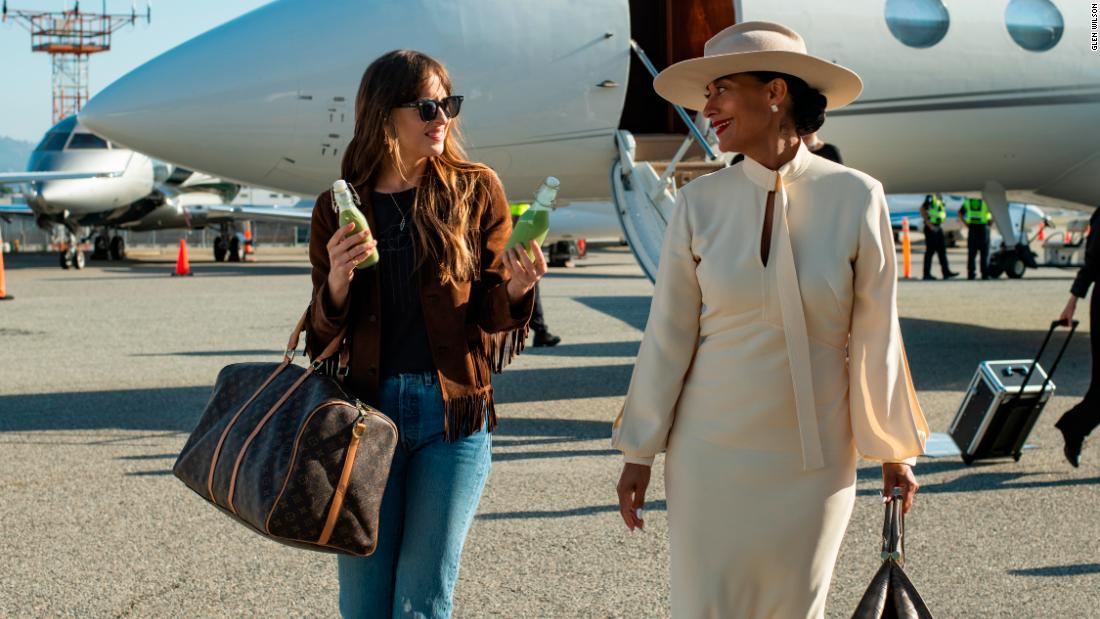 After the “Fifty Shades” trilogy, Dakota Johnson exhibits a more flattering new shade as Maggie, the harried assistant to Ross’ superstar Grace Davis. Introduced zipping in from Maui via private jet, Grace faces a high-class problem, as her manager (Ice Cube) pushes her toward a Las Vegas residency, which strikes Grace as creative purgatory.

Maggie, a longtime fan with insights into the music biz that are eventually explained, yearns to be a producer, and keeps overstepping her place on the org chart. Specifically, she gently prods Grace to maintain her artistic integrity, reminding the star of her own quote, “When there are no more surprises, then who am I doing it for?”

During her rare down time, Maggie also meets a talented singer, David (Kelvin Harrison Jr., coming off a big year with “Waves” and “Luce”), becoming involved in his career as well. There’s a “Working Girl”-type quality as she races between the two — juggling producing and grunt work, seemingly against all odds — complicated by the chemistry that she and David possess.

“The High Note” employs a pretty conventional story and songbook, including a view of the music industry that doesn’t venture far from “A Star is Born.” The same goes for the L.A. locations and glamor.

The trip feels a little bumpy at first, as the movie somewhat awkwardly proceeds along those parallel tracks. Yet as directed by Nisha Ganatra (“Late Night”), the story possesses enough heft to pull the audience along, and manages to find humanity in Grace despite her privileged existence.

Credit much of that to Ross — as the “Black-ish” star reverses mom’s path from concert stage to screen, making her musical debut by ably doing her own singing — creating a relatable image of fading stardom. In what amounts to a team-up of performers with famous parents, Johnson also believably plays Maggie as someone whose appreciation of music drives her professionally, while becoming the foundation of her relationship with David.

The lady doesn’t sing the blues, but in addition to original songs the soundtrack features plenty of classics, such as Harrison crooning “You Send Me” and “Let’s Stay Together.” There are also cameos by Bill Pullman and Eddie Izzard in tiny but significant roles.

Practically speaking, the film joins the roster of movies whose theatrical debut was scuttled by coronavirus that likely would have struggled to make much box-office noise anyway.

Somewhat spared that pressure, “The High Note” is a breezy way to kill a few hours. Granted, it’s more an opening act than a headliner, but that simply makes its digital, on-demand residency feel like the venue where the film rightfully belongs.

“The High Note” is available on demand beginning May 29. It’s rated PG-13.