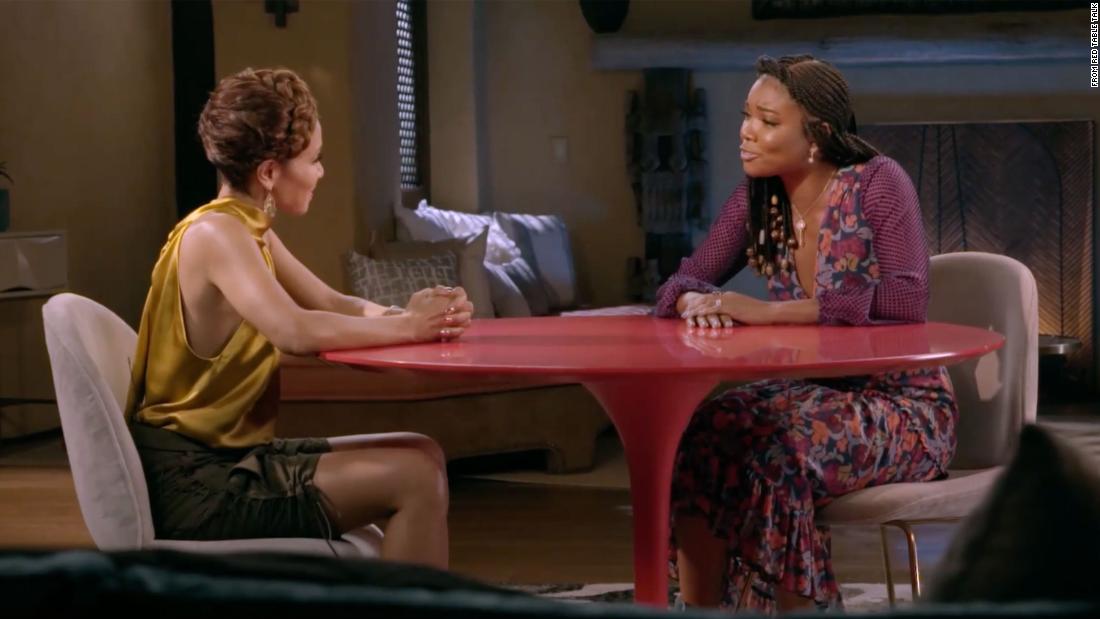 That speculation was heightened Tuesday, when Pinkett Smith posted on her verified Instagram account, “This is a season for healing and I’m here for it.”
The language is similar to a tweet she posted in July 2020, announcing that she would be discussing on her show what turned out to be her “entanglement” with singer August Alsina during a rough patch in her marriage to Smith.

“There’s some healing that needs to happen…so I’m bringing myself to The Red Table,” Pinkett Smith posted at the time.

Pinkett Smith, along with her mother Adrienne Banfield-Norris and her daughter Willow Smith, have turned “Red Table Talk” into the place for some to share their experience in the midst of — or after — controversy.

That’s what Jordyn Woods did when the former close friend of Kylie Jenner found herself accused of cheating with professional basketball player Tristan Thompson, who has a young daughter with Jenner’s sister, Khloe Kardashian.
Social media influencer Olivia Jade also appeared on “Red Table Talk” after her parents, actress Lori Loughlin and designer Mossimo Giannulli, were convicted for their participation in a college admissions scandal.
As for the controversy Pinkett Smith and her husband currently find themselves in, Smith has apologized but Rock has yet to publicly comment about the Oscars incident as of Tuesday.

CNN has reached out to reps for Pinkett Smith and “Red Table Talk” for comment.