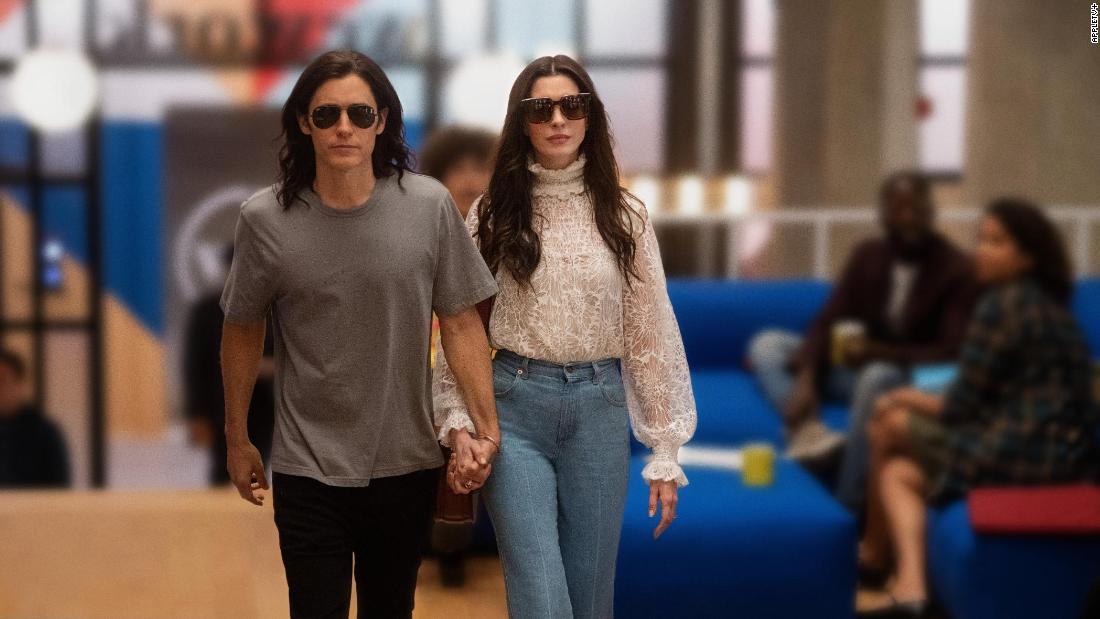 Add Leto’s Adam Neumann to the list of fast-talking hustlers who built vast empires, only to see them come, well, crashing down. In this case, the house of cards is WeWork, which went from a single coworking space to a global operation worth billions before its inevitable downfall.

Neumann bills himself as a “serial entrepreneur,” a fancy way of saying he’s determined to get rich and keep throwing out ideas until one strikes gold. The problem, as the eight-episode Apple TV+ series illustrates in exhaustive detail, is that his commitment to sell, sell, sell obscures a hollow shell, covered up by the wild parties he throws and cult-like devotion he seeks to engender.

Beginning in 2019, “WeCrashed” flashes back a dozen years to chart Neumann’s rise, along with his courtship and marriage to Rebekah (Hathaway), who’s his match in terms of the evangelical zeal that she brings to the enterprise. Indeed, as depicted she coins the idea that WeWork is “not a business. It’s a feeling,” talking with laughable earnestness about “the soul of the company.”

Still, there’s a tired, repetitive quality to the way the episodes unfold, with Neumann spouting mantras like “Built to grow” and buying market share while the company hemorrhages money. The trick is staying one step ahead of his board, finding new deep-pocketed investors that he can beguile, never mind what the balance sheet says.

Leto disappears into the role, from Neumann’s Israeli accent to walking around barefoot, able to go from charming people to warning a competitor “I am going to crush you” with a smile on his face.

Hathaway similarly lowers her voice while turning up the intensity as Rebekah, who, faced with a dispute over her children’s school, simply decides to start her own. When a friend asks, “Is Adam for real?,” her assurance that he is, based on the available evidence, feels like equal parts complicity and delusion.

Still, those performances play almost like a parody of start-up wealth run amok, coming in the service of a so-so series. That’s certainly true compared to Hulu’s “The Dropout,” about Elizabeth Holmes and Theranos; and “Super Pumped: The Battle for Uber,” other cautionary tales about corporate greed gone wrong. (The story was also the subject of a 2021 documentary, “WeWork: or the Making and Breaking of a $47 Billion Unicorn.”)

Adapted from the Wondery podcast, “WeCrashed” ultimately shares something in common with its subject matter in one key respect: Despite a pair of Oscar winners front and center in Leto and Hathaway, it looks better on paper then it does once you start wading through the fine print.

“WeCrashed” premieres March 18 on Apple TV+. (Disclosure: My wife works for a unit of Apple.)