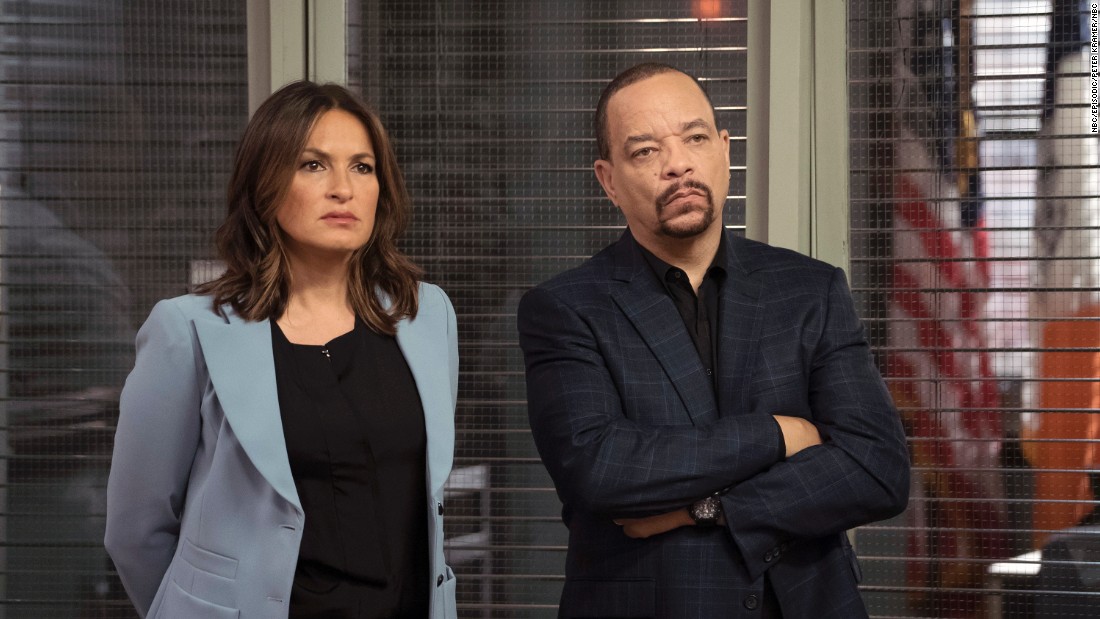 The term “Law & Order” has cropped up in President Trump’s Twitter feed, connoting the platform Richard Nixon rode into the White House in 1968. The actual TV series, meanwhile, became a small part of the story when a writer on a spinoff starring Christopher Meloni was fired after a threatening Facebook post about looters.

Despite the popularity of crime shows, the relationship between them and public opinion remains complicated. People watch TV and movies for all sorts of reasons, which doesn’t necessarily translate into an unqualified endorsement.

Decades ago, the late media scholar George Gerbner coined the phrase “mean world syndrome,” which posited that heavy TV consumption could lead to skewed perceptions and disproportionate fear of crime. That would seem to be among the more direct and clear byproducts of a steady crime-show diet.

Through the years, though, programs that present more nuanced views of the police have emerged, exploring their humanity and struggles. Casting has become more diverse. On cable, in particular, cops exhibit a range of human foibles, including corruption, family issues, substance abuse and yes, racism.

Still, the more conventional crime formula has endured, especially on the major networks. Even with the TV landscape having been reshaped by streaming services and an explosion of viewing options, broadcasters still rely heavily on an alphabet soup of “NCIS,” “FBI” and “9-1-1,” as well as assorted spinoffs.

In January, a report by the activist group Color of Change and the USC Annenberg Norman Lear Center, titled “Normalizing Injustice,” analyzed the role such dramas play in “advancing distorted representations of crime, justice, race and gender in media and culture,” as well as their “societal consequences.”

The study found, among other things, that the cop-show genre — overwhelmingly produced by white men — “advanced debunked ideas about crime, a false hero narrative about law enforcement, and distorted representations about black people, other people of color and women.”

Those conclusions are troubling and difficult to refute. The questions of why people watch, and what they internalize, feel a bit thornier.

To cite one wholly anecdotal example, my late mother loyally watched “Blue Bloods,” the CBS drama with a family of cops at its core. As far as I could tell, her motivation had nothing to do with any political checklist, but rather a decades-long crush on its star, Tom Selleck.

In similar fashion, the Fox series “24” triggered robust debate in its heyday on whether its success signaled support for torture, a tactic protagonist Jack Bauer used to thwart terrorism. There were clearly many, though, who tuned in for the show’s thriller-like aspects without endorsing the Bush administration employing such tactics.

It’s worth noting, too, the public’s complicity in keeping these simpler constructs viable. Yes, HBO’s “The Wire” tops critics lists of all-time series, but the nuanced view of policing in that show, or the cop drama “Southland,” delivered ratings that would still lead to cancellation from a broadcast network.

What can’t be measured fully is how much of this is mere escapism. As noted, plenty of people have extremely eclectic TV and movie tastes, devoting time to prestige dramas, broad comedies and the trashiest forms of reality TV.

Gerbner argued that television desensitized viewers to the suffering of others, and because it was essentially addictive, required escalating doses of violence to achieve the same effects over time.

Such sociological effects deserve more education and discussion amid conversations about the toxic aspects of the culture, including racism and injustice. Teaching media literacy — about everything, from processing drama to reality TV to news — merits greater attention.

Yet understanding media and entertainment’s role represents a complex challenge, litigated across decades. Making sense of that, and achieving progress, requires more nuance and thought than reducing multifaceted problems to pithy phrases on Twitter.